Depression No More (4): My Own Experience 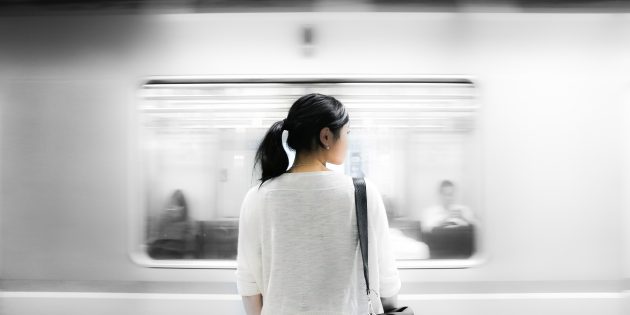 There were three times in my life when I suffered depression and felt very imbalanced emotion. But each was caused by certain conditions. The symptoms were the same as clinical depression. I felt a major imbalance in my life and knew I wouldn’t have felt better if I had taken medication without solving the problems. The first time I suffered symptoms was during the Cultural Revolution when China was in chaos. I was 10 years old. My father was accused of being a “capitalist follower” and was taken by “Red Guard” several times. Sometimes the “Red Guard” physically abused him in front of hundreds of people and other times the “Red Guard” made him write false confessions of things he never said. My father was a good man. He was a hard worker, an honest person, and always helped others. Because he was in a high position, he could not avoid the turbulence of the Chinese Cultural Revolution (at that time, the majority people with high leveled positions, including government officials, were in trouble). The children in my neighborhood would  either throw stones at my house or at me, they would swear at me when I was walking on the street, and sometimes they hit me in school. If I told my older brother and tried to get revenge, it would make the situation worse and they hit me even more the next day. I did not feel safe at that time. My parents argued a lot for some reason, but I did not understand until after the Cultural Revolution. I constantly asked myself “why did this happen?”

The second time I felt depressed was my fourth year living in the countryside, after graduating from high school. At that time, all Chinese teenagers that graduated from high school had to go to the countryside and live there to participate in labor work with farmers. By the fourth year, many students had gone back to the city to work. I was nominated to be the leader of this particular farmer’s community. Obviously, they liked me, but I really wanted to go back to the city where I came from. In China, life on a farm is not the same as in the United States. There is a lot of poverty, the farmers rarely leave the local town, and they know very little besides farming. This is how they grew up and how generation after generation lived and they don’t want to change. Their life was very simple and the physical labor was extremely difficult. Even  though I loved nature and the outdoors, I was not used to such difficult physical labor and felt I wasn’t the right person to spend my life on a farm. I felt I was wasting my life there and was unable to use my talents and skills. I felt trapped and hopeless.

The third time I felt depressed was when I was in medical school. Chinese medical school was extremely difficult and I studied both conventional medicine and traditional Chinese medicine. It was difficult for me because I did not have a good memory. According to TCM theory, the memory is related to kidney energy. Both of my parents had poor health I knew both of them had poor kidney energy. I had to study harder than the average student to be able to memorize everything required. It was important to get the good grades in order to get the better job in the future. There was no life besides studying. I spent seven hours in classroom lectures and then another six hours studying to memorize the course material. I also had to study the English language and medical terminology. I would read medical books on the bus, while waiting in line for food, and while visiting my family. I did not want to be a failure, so I carried a great load on my shoulders. I developed severe insomnia and sometimes could not sleep at all. I was tired during class, unable to focus and this became a vicious cycle affecting my mood. I had depression. Looking back, I should have handled the stress differently by just trying to do my best without “strangling” myself and by seeking some form of treatment.

Get My Amazon eBook For FREE Today!

Enter Your Email Below to Receive My eBook on Natural Healing as Seen on Amazon, for FREE.